Malhotrasons Defence Private Limited was incorporated under Companies' Act 2013 on 16th August 2016, to manufacture small arms & ammunition in India. After completing all the formalities and obtaining NOC's from the various government departments, Malhotrasons Defence were licensed by The Ministry of Home Affairs, Government of India on 12th March 2018 to commence the Manufacture and Proof-Testing of Arms & Ammunition as per the license issued in Form VII.

The cutting edge of Engineering 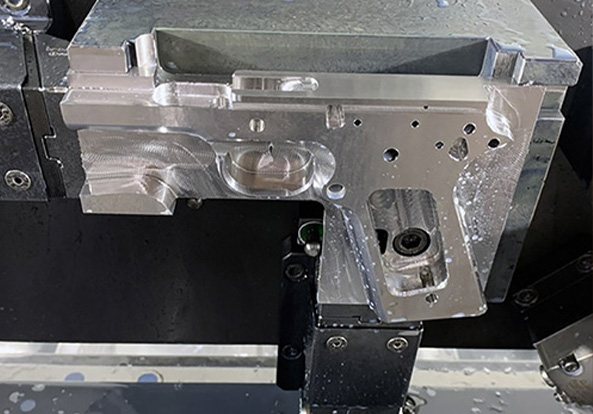 The Malhotrasons Defence products are manufactured at our highly secured facility located in HPSIDC Industrial Estate near Solan in Himachal Pradesh and is spread over a plot area of over 55,000 sq. feet. Our ultra-modern weapons division is powered by state-of-the-art machines and tools procured from world's most respected engineering companies such as Haas Engineering Inc. USA, Philips Machine Tools, Tungaloy Corporation Japan and Cerakote, giving us the edge when it comes to manufacturing and producing world-class firearms and accessories. 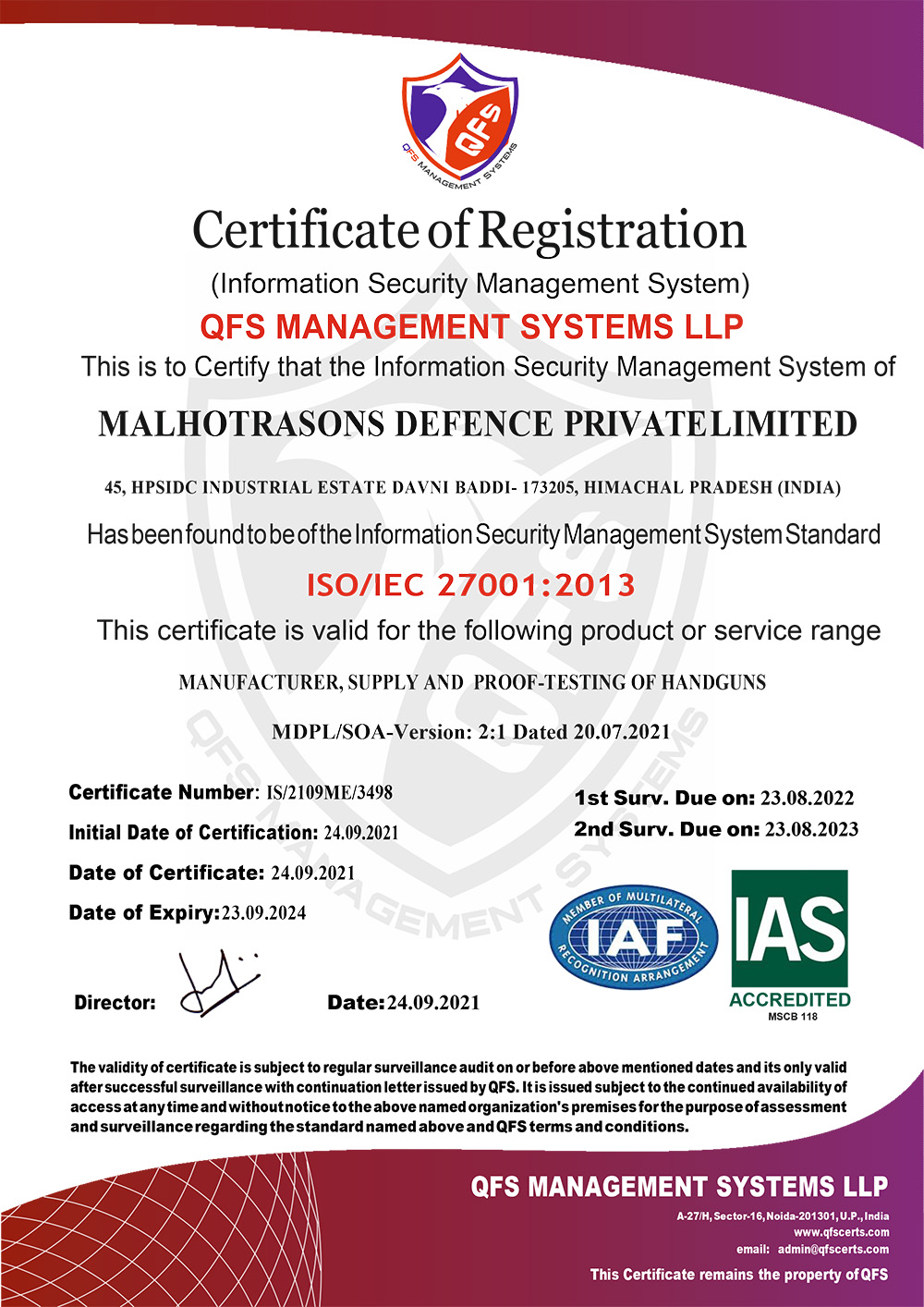 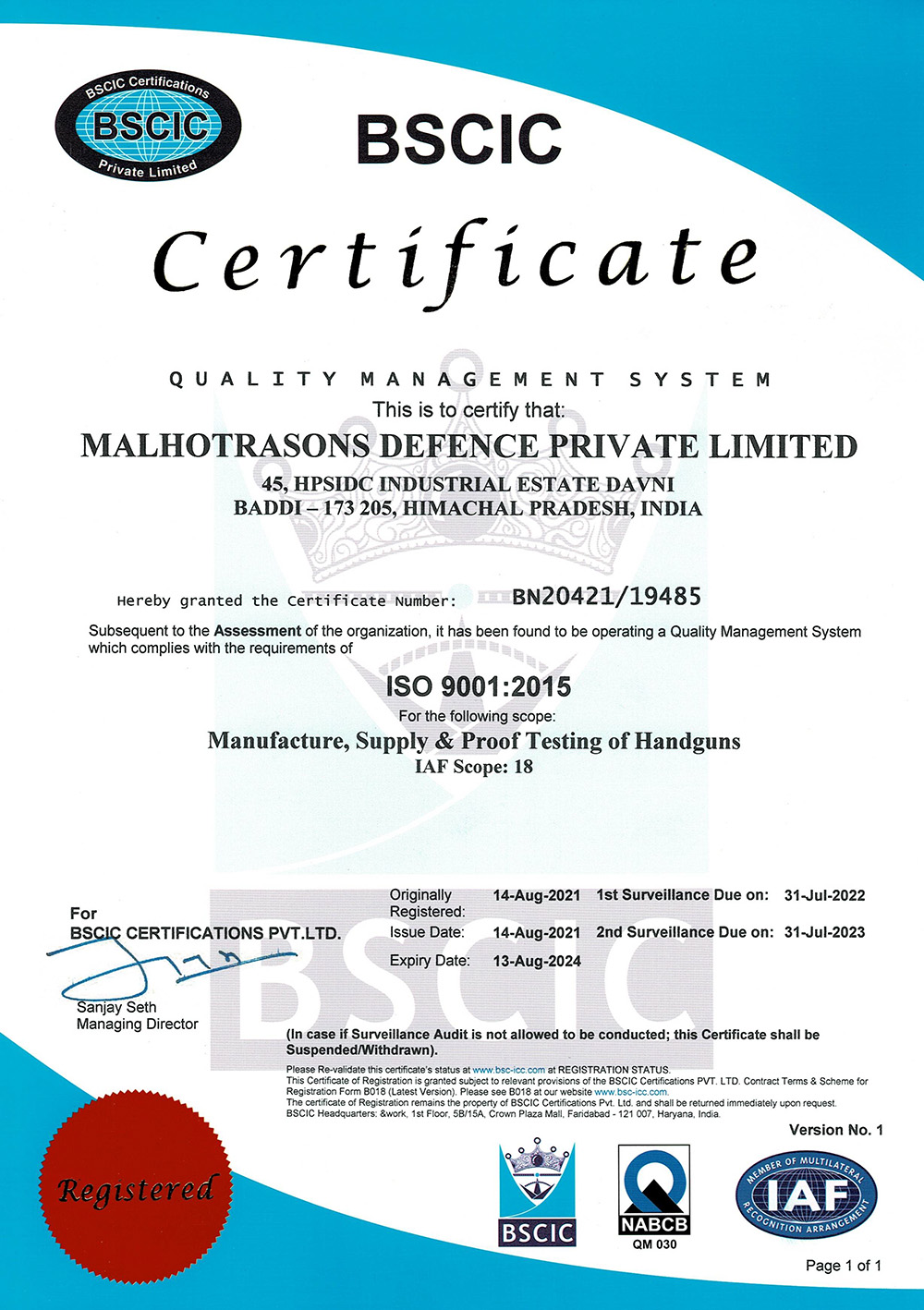